Curriculum 2013 Fate at the end of the year

Minister of Education and culture of Indonesia Anies Baswedan ( aniesbaswedan ) this evening giving a press release regarding the fate of the implementation of the curriculum in 2013 that are now beginning to be applied throughout Indonesia replaces the 2006 curriculum (SBC)
Quoted from the official twitter account Kemdikbud ( kemdikbud_RI ) in a press release this time Education Minister Anies Baswedan (aniesbaswedan) said it would stop the process of curriculum course of 2013 for the new schools to implement one semester and then back again using the Curriculum 2006 / SBC but for schools that already implement the curriculum in 2013 3 semesters in order to stay ahead and be made pilot schools.
approaches and developments in pilot schools will be developed for other schools, while the existence of a book that was printed in 2013 curriculum will continue to be implemented to be re-used later when teachers and principals are ready to be curriculum 2013 .
until now the end of 2014, there were 6221 schools that are ready and able to serve as a pilot school curriculum in 2013, 6221 is comprised of a pilot school in 2598 elementary, junior 1437, 1165 high school, vocational school in 1021, while the training of teachers and principals who will implemented priority on teaching methods which corresponds to Permendikbud No. 159 of 2014 on their conformity to the idea of the design, the design of the document on the implementation of the curriculum in 2013. 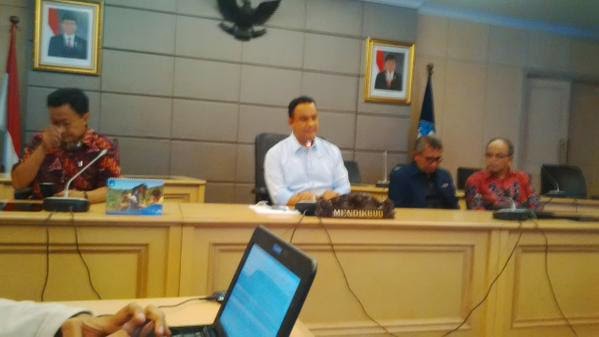